For the month of April, I decided to take on the "challenge" of drinking a green smoothie every day. The concept was presented to me by Simple Green Smoothies, whom I had discovered via a friend on Instagram. It was perfect, and required limited effort on my end, unless you count flipping on my Vitamix as effort. They emailed you a shopping list and recipes every week, so there wasn't much you had to do!

Each week highlighted a different concept: switching up your greens, adding herbs to your smoothies, changing up your liquids, and adding citrus. Five recipes a week were sent in the email, and the other two days of the week were left to repeat some smoothies you liked or try something on your own.

We ended up doing this probably six out of the seven days each week. I tried every recipe sent, but there was one reason or another why we missed a day - usually because I slept in from being up through the night with the babe, and Neel left for work before I could get to the smoothie! 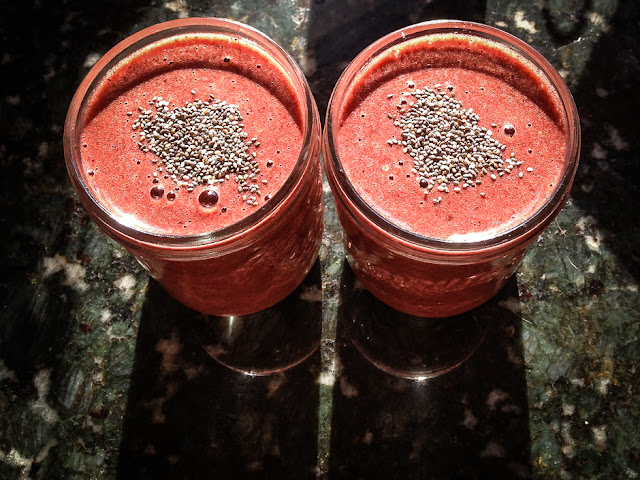 Just the smoothie was never enough to fill us enough to be counted as a hearty breakfast, but paired with something else (like avocado on toast), it was perfect, and crazy healthy!

As for the benefits, aside from nutritionally, the best thing we see is Neel's skin clearing up! In addition, it gave us more energy to get up and get moving each day, and to exercise or cross things off the to-do list (see: new house, long list). And it should come as no surprise that the fibers left us both feeling plenty regular! 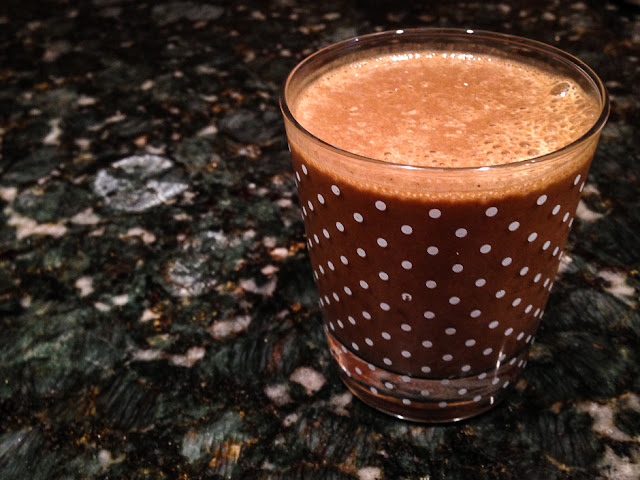 I have juiced and I have done smoothies. I much prefer smoothies. They're thicker, more filling, and there's something I like about the frozen goodness of a smoothie. Cleanup is next to nothing (unlike washing that juicer...ugh!), and you basically don't even have to do any chopping beforehand as the blender takes care of it all for you!

The initial cost was a little high because I had to buy a lot, and frozen fruits aren't cheap. But after that first week, I had a lot left over to reuse in the following weeks, that my shopping bills weren't too nuts. Oh, and I should point out that I cut every recipe in half to feed just my husband and I. The first time I didn't, and it was A LOT! (syntax side note: A LOT is two words!!!) 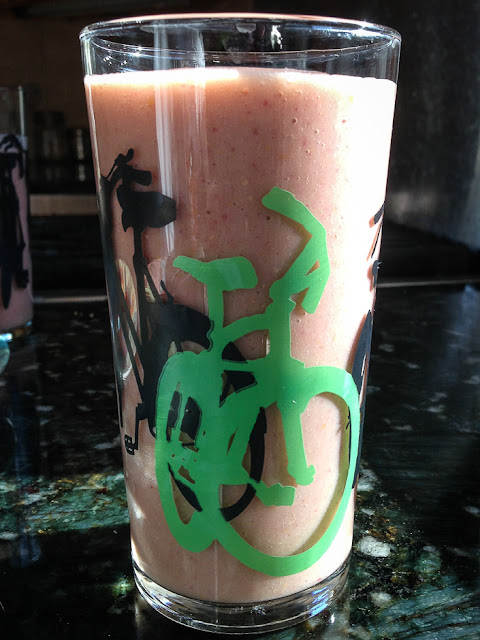 So overall I would call this a success. I don't plan to stop making smoothies, and was surprised at how much I enjoyed the herbs so I want to experiment with them some more! Simple Green Smoothies plans to do another challenge in August. Sign up! I plan on it! 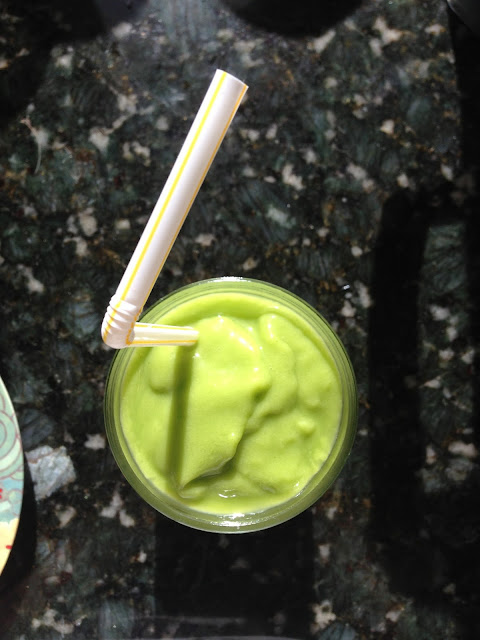 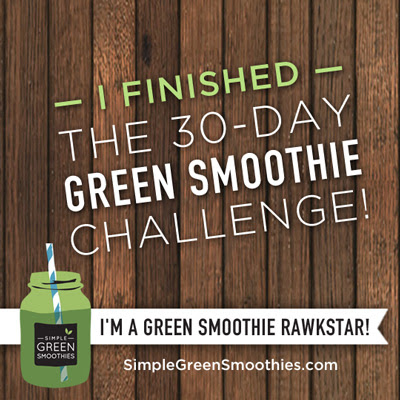 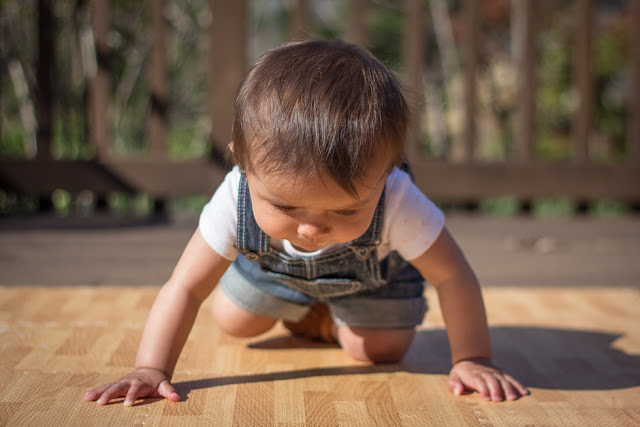 Yesterday was a very mobile day for Quinn. Wait a minute... she slept eight hours last night! Now I know why!! Anyway, back to how this crawling came to be...

So I had to babysit yesterday afternoon. A four-month old, a real baby! Compared to him, Quinn is basically a teenager! And when you are watching one of those, all of a sudden your eight-month-old has to fend for herself. So while I held, changed, and fed Jacob, she entertained us. Jacob and Quinn exchanged conversations in their own language. She rolled all over the rug in her playroom, flung around the pieces from her playmat, and backed herself into a corner in an attempt to move forward. She was moving all over the place!

When Neel got home from work that night, I wanted to show him how much movement was occurring so I placed her on the rug and walked away. She did not like that - she always wants to be held. She started wailing, and Neel and I started laughing at her. (Parents of the Year Award nominees?) She was pissed. And when someone is pissed, what do they want to do but give you a nice swift f--- you?!

So, with tears in her eyes and her middle finger raised high (figuratively), Quinn crawled straight into her mother's arms!

It, and every other thing she does, was the greatest experience of her (my) life.

The video below shows what happened when we attempted to get her to do it again. (Video doesn't show up in Reader.) 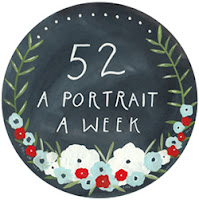 Photo via Rebekka Seale
Idea via Che & Fidel
Posted by Unknown at Wednesday, April 24, 2013 No comments: 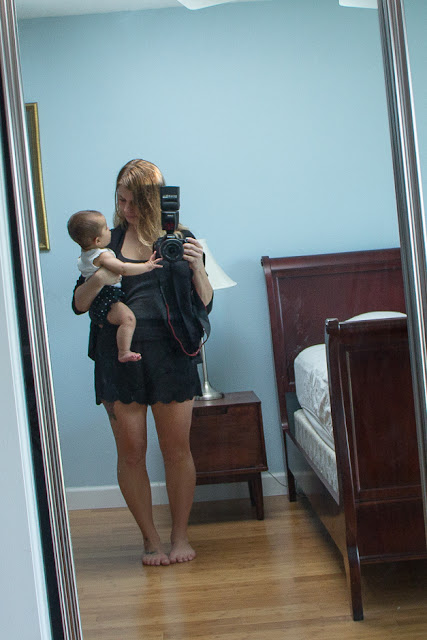 Hi. I'm a photographer. I am soooo afraid to actually say that. I mean, I think I am. I'm more than just a hobbyist, and I sometimes get paid for my work, so I am pretty sure that gives me the right to call myself as such.

No, I am not a momtog. Though I do not mind being called as such, as long as you know that my love of taking photos came long before my child. And my pursuit of making a living doing this was also around before my baby. I am a mom and a photographer though. I take a million photos of my child, and before then, my furry children - my husband won't let me practice on him! (In actuality, he will, but he gets annoyed quickly, and I in turn get even more annoyed so it's a terrible combination.)

So when asked what do I do, the answer is what? Stay-at-home mom? Photographer? I used the term self-employed the other day. That felt pretty cool. Then I dusted the dirt off my shoulder.

So there it is. My confidence so great in who am I, until I have to name it.

Just some other pics of mine that I like... 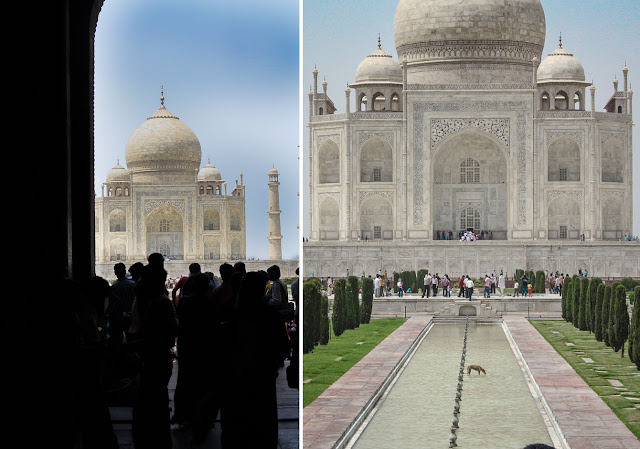 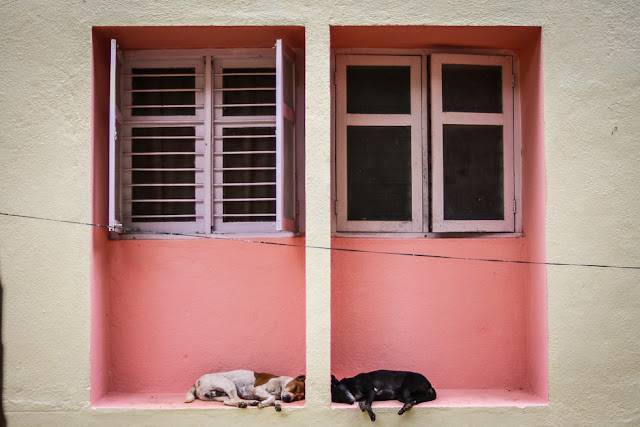 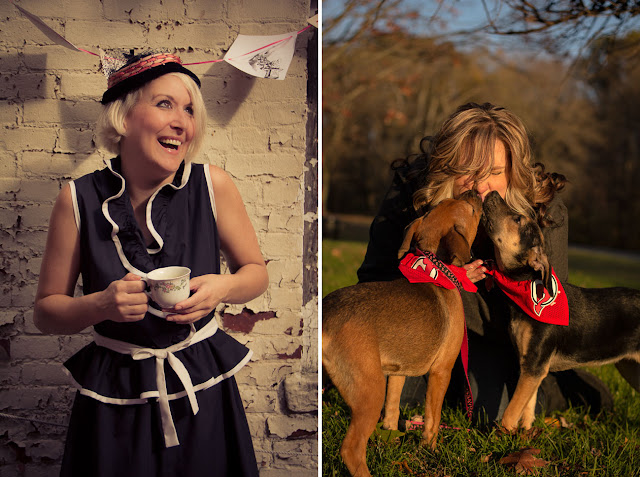 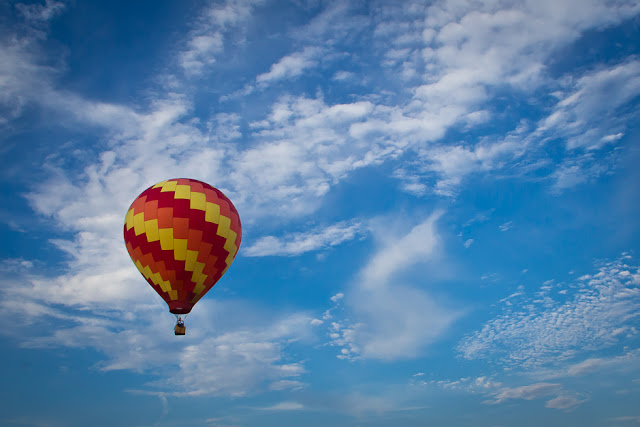 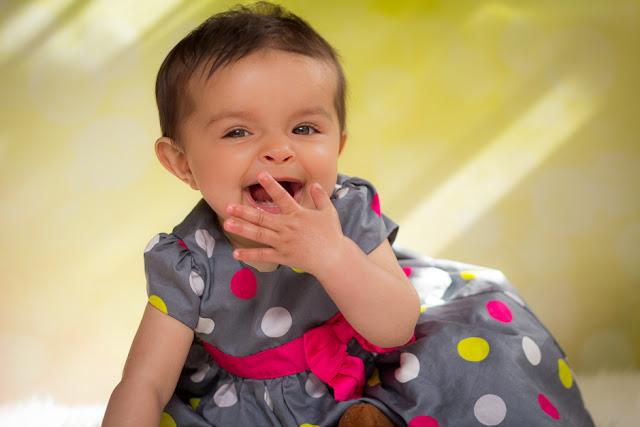 This little one is laughing at me for my shock at her growing up so fast! She is saying, "Silly Momma, did you think I was going to be little forever?!" Ummm...yes!!! But I am not mourning my baby girl, because every new day with her is an exciting adventure. I wake up wondering what new behavior she'll adopt, what new sounds will come out of the cutest mouth ever, and how much longer I have of her being immobile.

Eight months old today. Quinn can say, "Mama," "baba," and sometimes "dada." She can purse her lips and make the popping sound. She has started making raspberries and bubbles too!

Crawling is something she doesn't appear interested in. She gets into position (see below), and rocks back and forth, but has found that propelling herself works just as well. Standing is so much fun for Q. She prefers to be upright with assistance, and with a little puling, Quinn can "walk" across a room pretty quickly!

Snuggling is her fave. Cuddles always result in naps with Daddy. Sleeping at night requires Mommy's squeezes for comfort. She is still in our bed. We just can't kick her out!!! Waking up with all whom I love so dearly (baby, husband, dogs) is just about the greatest thing you could ever imagine!!

This baby girl is the best. Thanks for the greatest eight months of my life, Quinn. 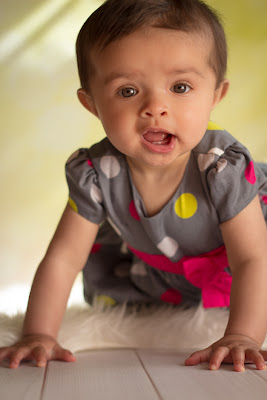 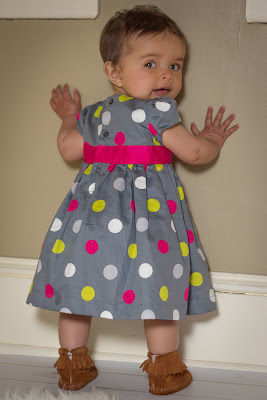 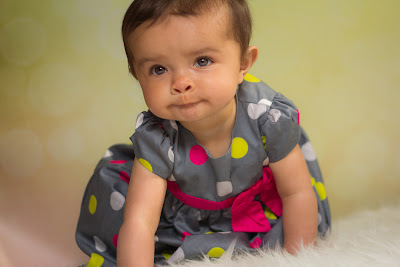 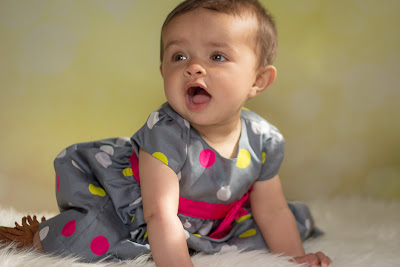 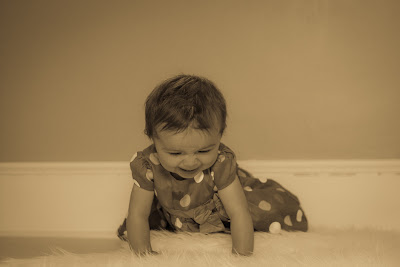 Aside from grammar, friends and family, my husband, and my child, I have another love. Pets. More specifically, dogs. Riley and Murphy have taken a backseat to my daughter in the photography realm, but my love for them has not changed a bit. Riley will always be my first baby.

My friend Tara and I share this adoration for our pets. She has the cutest little pit/terrier mix, Stella, who is treated like a queen. Before Stella, there was Novia. You can read about Novia's story here. From her love for Novia came Tara's artistic venture, Pigdog.

Tara creates adorable prints of animals, and donates a portion of her proceeds to animal rescue organizations. Most recently, she developed a group of limited edition pit bull PSA posters that are OUT OF THIS WORLD AWESOME. She is donating $5 from each print for Pinups for Pitbulls, and has been featured on a few blogs promoting the prints. Here is one of the features. And here are some examples of the prints: 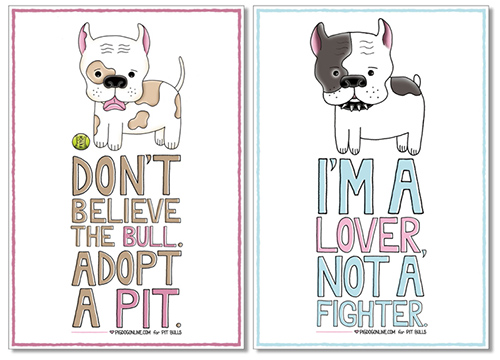 To see all prints, you can visit the Pigdog Facebook page.

Last weekend, Tara brought her work over to shoot for her website. See some of her other stuff below... 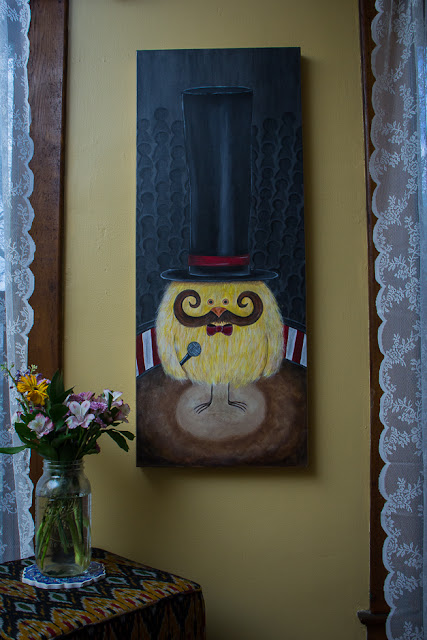 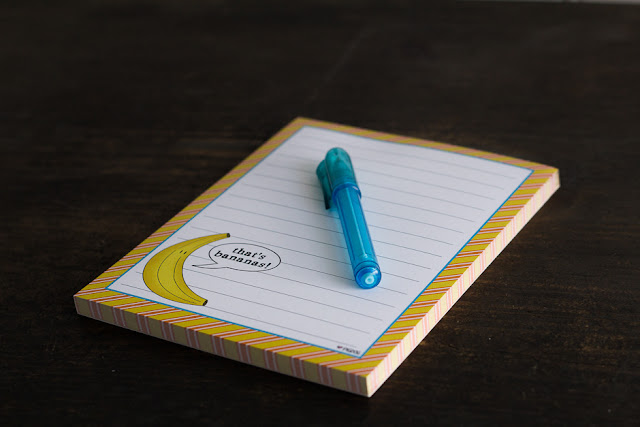 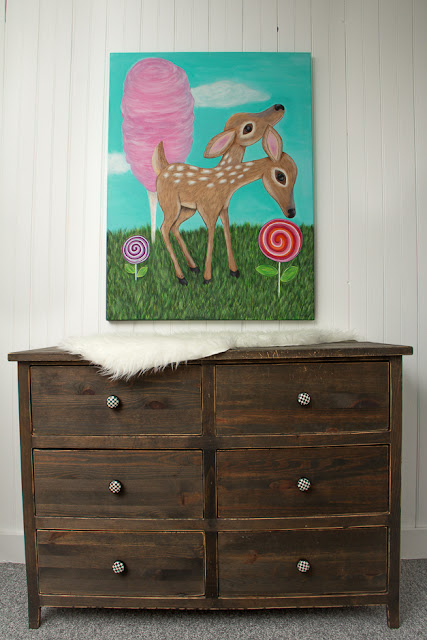 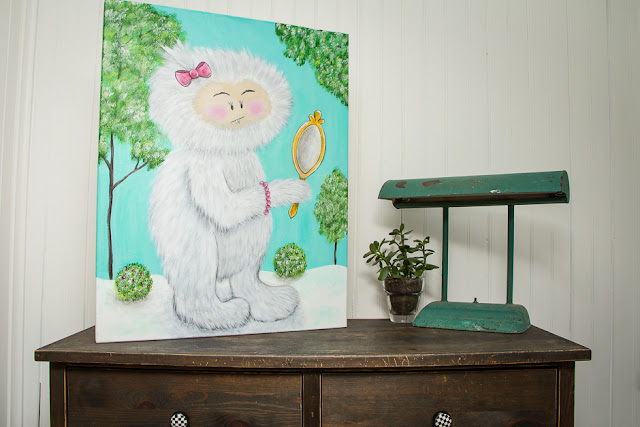 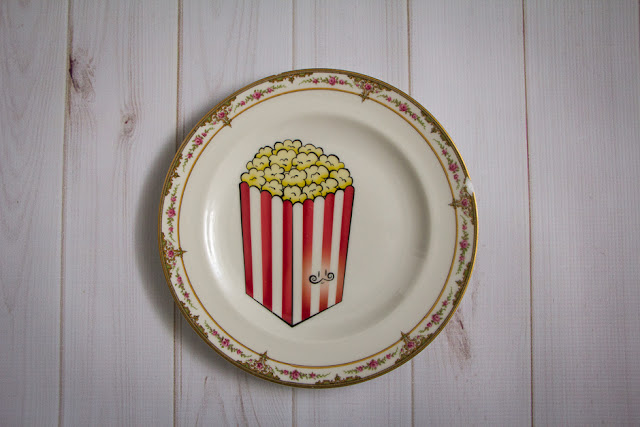 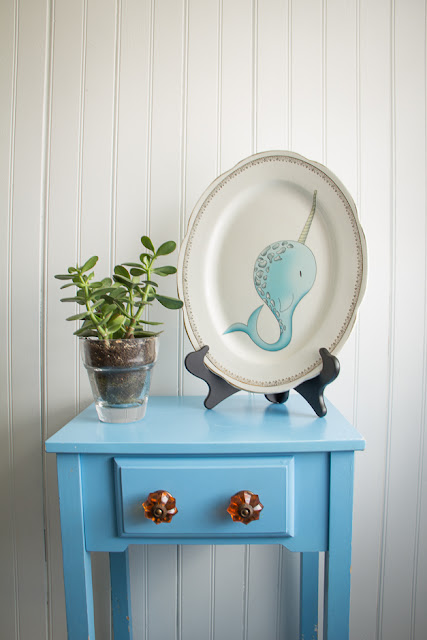 Everything is for sale at her site if you are interested! She also does custom work - check her out!!

**Side note, if anyone who has left lovely comments on my other posts is still reading, I haven't figured out how to respond to them but THANK YOU !**
Posted by Unknown at Thursday, April 18, 2013 No comments:

Email ThisBlogThis!Share to TwitterShare to FacebookShare to Pinterest
Labels: pigdog 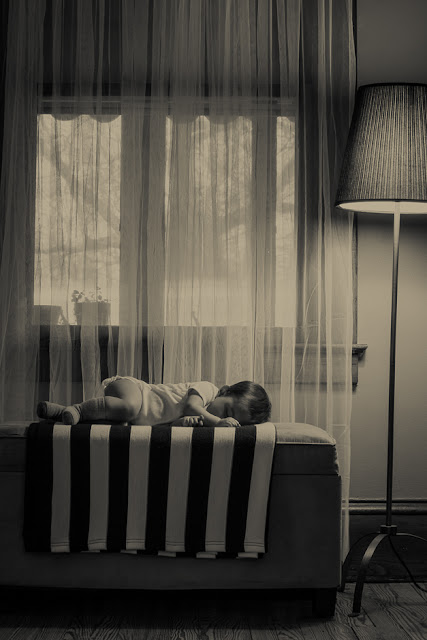 My little angel. Sleeping soundly so I could get my shot. This nap lasted a total of ten minutes. And that recharged her for HOURS. I do not have a very sleepy baby. She is a light sleeper, and doesn't really require a ton. By now she should be going through the night and up to ten hours. Try eight...with at least one mid-night wake-up.

Sure, I could use the Ferber method to make it all go away. But I don't want to. My time with her is always precious, no matter the hour. She is doing what everyone warned - growing up "so fast" - and she won't nurse forever. So I am taking it all in, sans routine. 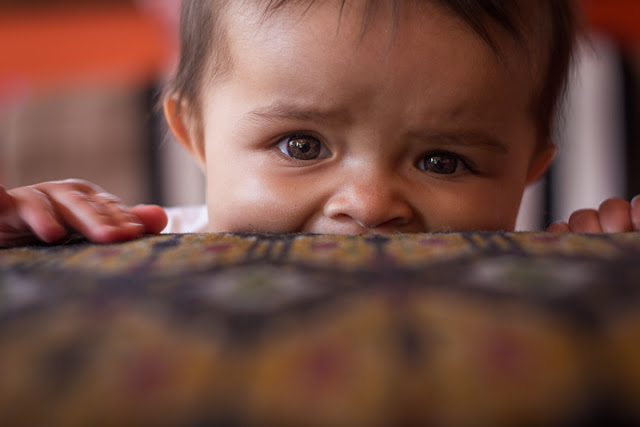 Email ThisBlogThis!Share to TwitterShare to FacebookShare to Pinterest
Labels: Q52

a photo an hour.

A photo an hour for 12 hours of being awake. I didn't have any plans today, nothing exciting to make this post extra spicy. But this is a good indicator of a simple day. The babe, the pets, and myself.